On May 1st, 1962, the Dayton Company opens their first discount retail store, Target.

The Dayton Company traces their roots to  the Goodfellow Dry Goods Store opened in downtown Minneapolis in 1902.

The company prospered as a traditional downtown department store for over 60 years and in the 1950s began to expand to suburban shopping malls.

John Geisse, a Dayton’s employee, suggested opening upscale discount stores in the suburbs. The company and its board were originally hesitant since their did not want to “cheapen” their brand. The name Target was used to prevent customers from associating the discount store with their traditional department stores.  Geisse would go on to founded the Venture chain and the Warehouse Club.

END_OF_DOCUMENT_TOKEN_TO_BE_REPLACED

While having my bad experience in the bookstore two days ago, I spotted a travel book that looked interesting but that I decided to take a pass on.  Once I got home, I realized that the book would have been a welcome addition to my travel library and I decided I should go ahead and buy it.  This called for a return to the scene of the crime.

So yesterday I stopped back at the bookstore while I was out running some errands.  The plan was to run in, grab the book and be on my way.

The store was quiet when I went in.  I found the book quickly and headed towards the registers.  Just like the day before, I was greeted by great spring weather framed by the front windows and two cashiers having a friendly conversation.  Luckily my cashier from the day before was not one of them.

END_OF_DOCUMENT_TOKEN_TO_BE_REPLACED 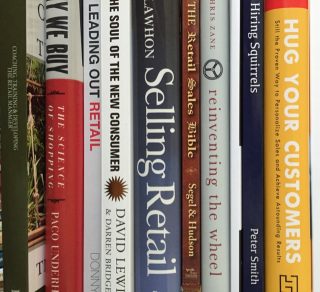 (Just left my local bookstore with a tale to share.)

It is not hard for me to find over $100 worth of books to buy at my local bookstore and today was no different; a newly released business book, a Richard Feynman bio, a couple of magazines, several travel books, and a collection of Faulkner short novels that I should have read back in college.

END_OF_DOCUMENT_TOKEN_TO_BE_REPLACED

I was in a favorite cooking store today looking at all sorts of things that I did not need but some how felt I could not live without.  It is part of the attraction of this store.  While there, I had the opportunity to listened in on a conversation between a customer and a salesperson about cookware.  As they approached the fixture the customer said, “This is the type of Calphalon I use” mispronouncing the brand in the process.

“It’s Calphalon” the employee stated rather emphatically while using the common pronunciation.  I was a bit stunned by the strong correction coming from the clerk and anyone could see the annoyance on the customer’s face at being corrected.  I thought to myself that the clerk did not need to correct the customers pronunciation and the correction did not move the service forward.

END_OF_DOCUMENT_TOKEN_TO_BE_REPLACED

Designed in 1910 by renowned architect, Cass Gilbert, the building headquartered the F.W. Woolworth, a pioneer five and dime store, for 85 years.  This neo-Gothic building was originally planned to be only 20 stories tall.  But by its opening, the building had been expanded to 60 stories and was the tallest building in the world from 1913 until 1930. 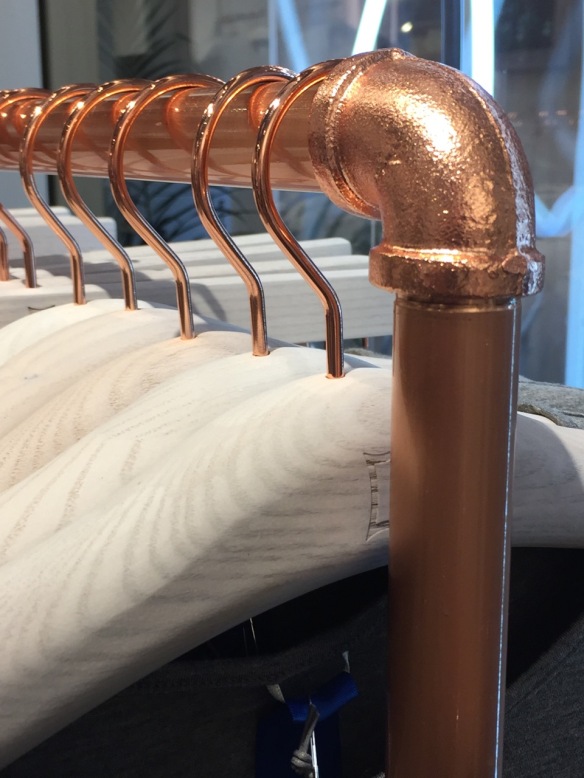 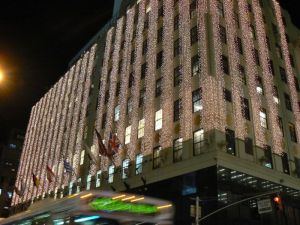 Having enjoyed success selling hoops skirts for 11 years, brothers Joseph and Lyman Bloomingdale decided to open their own shop.  On April 17th, 1872, Bloomingdale’s opens their Great East Side Bazaar on East 56th Street in NYC.

James starts his retail career in 1898 when he went to work for Guy Johnson and Thomas Callahan in their Golden Rule stores.  When an opportunity to open a new store in Kemmerer came up, the partners offer him a share in the business and the chance to run his own store.  In 1907, Penney buys out the other partners.

I stopped by an area department store the other day to make a purchase.  What I bought does not matter since this post is not about me but rather about the two customers  in front of me at the checkout counter.  I found an interesting contrast between their two service experiences.

After making my selections, I wandered to the cash wrap and got in line with my fellow customers.  (This particular department store is one that uses a centralized cash wrap in each area off the store.)  Two cashiers were ringing up people’s purchases and, between the two of them, they were making short work of the people waiting in line.

The two customers in front of me in line wore professional clothing and each were purchasing a blouse and a pair of pants (on hangers).  They were called up to the registers at the same time, so I took the opportunity to observe the two cashiers work head to head.  The cashier on the right was professionally dressed and had a warm, friendly and professional demeanor; let’s call her Right.  The cashier on the left was casually attired and was terse with customers; let’s call her Left. (It was just a coincidence that correct cashier happened to be on the right.)

END_OF_DOCUMENT_TOKEN_TO_BE_REPLACED

While on a bicycle ride last weekend, my wife and I stopped at a gas station for a quick snack.  The station is one of those “food and fuel” places where you can get your car gassed up and grab a soda or a loaf of bread.  This one in particular happens to be our favorite rest stop; strategically located on the route with a great selection of food and drinks.  Also important to us, there is a shaded table in front of the store where we can sit, enjoy our treats and keep an eye on our bikes.