Keen’s Uneek Sandals available from a vending machine outside of the PDX Corporate offices and their flagship Keen Garage.

“More than a third of all the J.C. Penney department stores in Oregon will be shuttered by this summer in a wave of closings expected to affect up to 140 stores nationwide.”  -The Oregonian 3/17/17.

And so it begins for the folks in The Dalles.

Serendipity brought me to the oldest bookstore in Oregon.  I had been on a trip to eastern Oregon and was traveling home along I-84 when I decided to stop in The Dalles to stretch my legs and to avoid hitting the Portland rush hour.

END_OF_DOCUMENT_TOKEN_TO_BE_REPLACED

While we may not be witnessing the death of retail, we are seeing some significant shifts.  Consider these facts recently reported by Hayley Peterson in her Business Insider article, “An American jobs threat worse than coal is coming to your hometown” 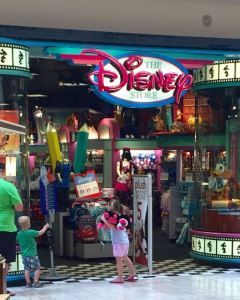 It had been some time since I had visited a Disney Store so when I passed by one the other day I had to stop in.

I wandered through the store checking out how the Star Wars brand has been woven into the Disney merchandising, listening in on customer interactions and observing the joy that the customers exhibited in visiting a little slice of the happiest place on Earth.  Finally, I ended my explorations at the back of the store drawn towards a small crowd gathered there.  There were a dozen people around plush mountain watching the video wall on the back of the store.

END_OF_DOCUMENT_TOKEN_TO_BE_REPLACED

A neon sign outside of a Portland restaurant.  You have to appreciate their honesty.