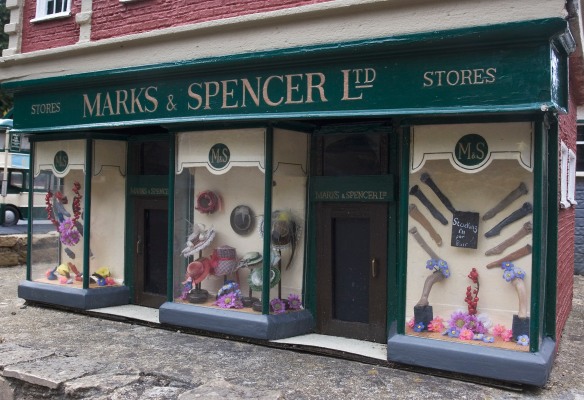 On September 28th, 1894, Michael Marks and Tom Spencer open their Penny Bazaar at Leeds Kirkgate Market.  The company traces its roots even farther back to 1884 when Michael Marks opened his first stall in Leeds with the slogan “Don’t ask the price, it’s a penny.”

END_OF_DOCUMENT_TOKEN_TO_BE_REPLACED

Spotted this sign above a building entrance in downtown Portland the other day.  Perhaps it proves that selling is not a dirty word. 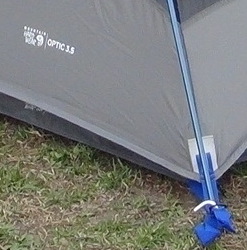 Last fall I was in the market for a new tent and after doing some research, I narrowed the choices down to just three.  Given my size, I like to try tents out before I buy them so I headed out to the local Mountain Hardwear shop where they had the Mountain Hardwear Optic 2.5 in stock.

Having done my research ahead of time, I knew the statistics on the tent such as dimensions, weight, packed size and materials.  I also knew the price.  At $240, it is a moderately priced tent in the Mountain Hardwear line, where tents can range to over $500.

I arrived at the store nicely dressed and freshly showered.  As I entered the store, I was greeted warmly by the person near the cash wrap as I made my way to the back of the store to the tent department.  As luck would have it, the Optic 2.5 was actually set up on the sales floor for display.  This kept me from going through the hassle of asking to have the tent set-up.  As I bent down to crawl into the tent, a clerk approached me.

END_OF_DOCUMENT_TOKEN_TO_BE_REPLACED 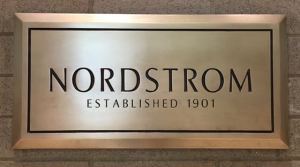 Passing through Nordstrom today, I spotted a cosmetics saleswoman finishing up with a customer.

The Nordstrom employee stepped around from behind the counter and handed the bag carefully to the customer.  Handing over the bag she said, “Thanks for shopping with us today.  I hope to see you again soon.  Enjoy your day”  speaking in an earnest and sincere tone with a smile on her face.  Well done!

That is just one of the little things that you will see at Nordstrom that exemplifies their incredible service. 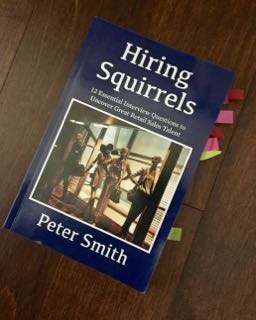 Peter Smith shares what he has learned, sometimes the hard way, in Hiring Squirrels 12 Essential Interview Questions to Uncover Great Retail Sales Talent.  He offers sound advice on attracting, interviewing and selecting the best possible salespeople for your retail store.

The book opens with his own personal tale of managing at Tiffany’s, yes, that Tiffany’s.  With great bravado, he stepped into an underperforming store with the idea that he knew exactly what to do to turn the store around.  You will have to read the book yourself for the rest of the story, but this simply tale was what hooked me into reading the rest of the book.  (I will be honest, I do not always read every chapter of the business books I buy.)

The key I took away from this opening chapter is that good retail managers recognize the individuality of the salespeople they employ. Just as all customer are unique people, so are our employees.  Successful managers know what characteristics to look for and nurture in potential sales people.

END_OF_DOCUMENT_TOKEN_TO_BE_REPLACED

The opening was a bit of a talent train on competing department stores in Dallas.  Herman Marcus left his job as buyer at Sanger Brothers joining his sister Carrie Marcus Neiman and her husband A.L. Neiman, former employees of A Harris and Co., to open a luxury department store catering to the tastes of oil-rich Texans.

Neiman Marcus enjoyed instant success.  Their initial inventory, purchased by Carrie on a single trip to New York City, completely sold out in a few weeks.  It appeared that the recently rich Texans were starving for goods not normally available in Dallas.

In 1914, a fire destroyed the store and all of its inventory.  17 days later, a temporary store was open and by years end, Neiman Marcus opened a new flagship store. In 1927, Neiman Marcus premiered the first weekly fashion show in the US. The store continues to  operate under its original name and is still headquartered in Dallas. 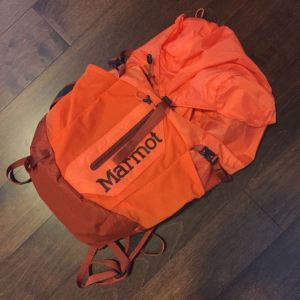 Not the poor backpack

Being small, the pack did not block traffic and was easy enough to walk around or step over. I figured that if it was still on the floor when I got to it, I would put it back on the fixture.

As I stood watching, I noticed two employees walking up the aisle towards the backpack. Ah, I thought, I won’t have to pick up the pack, surely one of these two employees will.  I was wrong.  In fact, one actually stepped over the pack and continued up the aisle.